If you're going to be driving a tractor trailer for a living, then obviously you want to earn as much money as possible. There are benefits to becoming an independent owner-operator, just as there are benefits of opting to become a company driver. Here is a list of pros and cons for both choices:

First of all, you would have a great deal more freedom, as you wouldn't have a supervisor scrutinizing your every move. You also have the ability to make unlimited amounts of money, as you would be in charge of which jobs that would be accepted or declined. The average amount of net income that you can make as an owner-operator is $50,000/year.

One major con is the fact that independent owner operators are responsible for every aspect of the business.That includes handling any problems that might occur, the management of insurance, the hiring and firing of other drivers, and more. This amount of responsibility could prove to be quite stressful. It is also important to factor in annual operation and maintenance costs for the tractor trailer, which could be expensive.

One of the main pros of driving as an employer for a company is the fact that you would likely have access to health insurance, as well as a number of other benefits. Another pro is the fact that your employer would handle all business management aspects. Your only responsibility would be driving your truck from point A to point B to deliver the products.

One con of working as a company driver is that you would likely be limited when it comes to earnings. Most individuals that work for private company gross up to $40,000/year, which is significantly less than independent owner-operators. You also would not be included in any major decision-making that could affect you directly. This could be anything from which types of products to deliver and which companies to conduct business with.

Working as either a company driver or an independent owner-operator both have positive and negative aspects. If you prefer to have someone else handle the administrative aspects of a business, and you don't want to contend with the costly maintenance of a tractor trailer, then working for a trucking company might be best for you. However, if you like the idea of being your own boss and making all of your own decisions, then you might want to look into becoming an owner-operator that works independently. 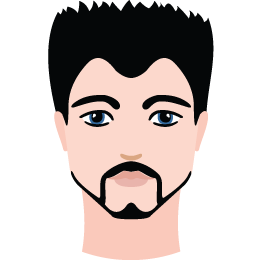 Hello, my name is Kristie, and I have traveled all over the world. I have traveled in a range of roles from the dishwasher on a cruise ship to the nanny on a private yacht. Now, years after my early adventures, I still travel often on cruise ships but as a passenger rather than a worker. I love the travel and transportation industry, and I love telling others about it. To give myself a place to explore that passion, I decided to create this blog. I hope that it attracts like-minded people and that you enjoy what you read. I plan to include posts on everything from taking cruises to booking private yachts to buying your own vessels. I hope this blog helps you arrive in style!

Nowadays, you have many different transportation o …

When you own a boat, sometimes you need to get it …

If you need to ship something via freight shipping …

Wine tours have been popular for as long as Napa V …

The Benefits And Drawbacks Of Temporary Fuel Permits
24 May 2019

IFTA is the international fuel tax agreement. It a …